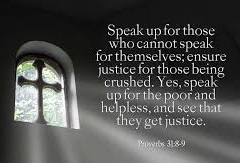 Where Do You Stand?

I am going to say something that may not be popular, but oh well.

I may lose some Facebook friends and some “friends,” but oh well…

If I have to think and act like you then… You were not my friend anyway!

You can delete me, or I can remove you… not an issue!

Well, I am not sitting back watching in the wings any longer! I will no longer bite my tongue.

I made a post earlier that said it only takes one person to change the world….

I have always been careful about what I post. I don’t demean or drag anyone in social media.

I am tired of we as a people and as a nation sitting back quietly while the morals in this country go to hell in a handbasket!

I am tired of posts by myself, or others getting attacked every time we oppose this leader, and no one comes to our defense! Silence IS acceptance!

I am tired of preaching and teaching my kids and my church babies that they need to do what is right, and they always need to treat people with respect, and yet it is not mirrored by our leaders. Then we are asked why?

I am tired of sitting by and watching people criticize anything someone says or does. Still, when Trump, the leader of this nation, demeans on social media and in national appearances, it is excused or ignored.

He has degraded a decorated war hero, mocked someone with a disability on national TV– 16-year-old child--, and the Central Park Exonerated. He has called women everything but their names, and even insinuated that a widow’s husband was in hell looking up at her! If we teach and tell our kids this is wrong, then why is it tolerated for this President?

People who I know to be God-fearing Christians stand by and never make a single post when this man is attacking someone in the most unchristian like way. But they are ready to drag Nancy Pelosi and anyone else though the mud when they oppose him. Posting demeaning memes is a characteristic of who? What would Jesus do?

Where is the grace?

Before anyone says it is not the same thing… What would you do if your child’s school called and said your child was behaving in this manner?

I know mine had better NOT EVER!!!

You said nothing when Michelle Obama, who is a Harvard and Princeton graduate, had a stellar law career, and also just earned her Ph.D. was dragged and attacked about the way she looked or for wearing short sleeves. You said nothing when she was called out of her name, and even her daughters were attacked. In fact, some laughed. But you give the current First Lady high praise when she has…. (I won’t also mention such vulgarities here). Don’t even get me started on Obama’s birth certificate and Trump’s taxes.

I have been voting for a long time, and I have not agreed with everything any president has done. Until this current administration, I have always held all of our presidents in the highest regard.

HOWEVER, I have said this before, and I will keep saying it. As a Christian, educated, black woman, I will never support anyone regardless of their race, creed, religious affiliation, or political party who is morally corrupt! I do, and I will continue to pray for this President and the leaders of our nation, but I will NOT support, make excuses, nor condone what he does.

I will continue to pray, fight, and speak up like my ancestors did before me.

I will work to ensure that the civil rights and voting rights of all Americans stay intact and are respected.

I will not be silent.

I will not back down.

I chose to fight for the people whose voices cannot be heard.

I do and will always choose love!

Where do you stand?

This site uses Akismet to reduce spam. Learn how your comment data is processed.

THE CHURCH OF CHRIST

Welcome to Inspirational Quotes by MJ

Launch Your Own Influencer Media Campaign

..draining the Wells of brilliance

If you want to be a hero well just follow me

Dating Tips for Everyone

living in the moment

Roses in the Rubble

Being my own hero one line at a time

Prime my subconscious, one hint at a time

Because I've been through it, I can teach you how to get through it

Life never gets easier, we just get better