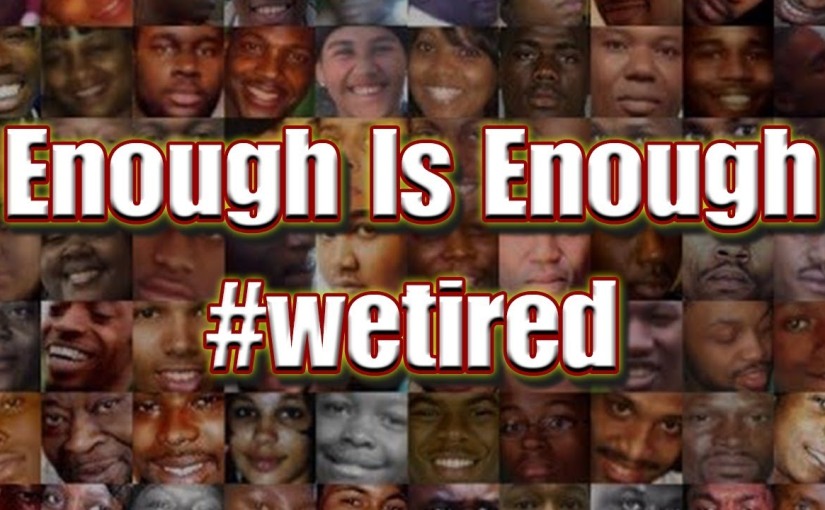 I have watched and read posts in my timeline.

Sadly, I have had to unfollow, unfriend, and delete people whose true colors started to show through their masks.

I have read post after tweet about how the looters are savages and scum.  Those same people posted, NOTHING on their timeline about the murder of George Floyd, that happened right in front of the world.

If that is, you, and you care nothing about the plight of African Americans and not willing to listen, have an intelligent conversion that will invoke change then, please…

DELETE YOURSELF NOW! YOU ARE NOT MY FRIEND!!

I am not trying to tell anyone what to put on their timeline, but without George Floyd’s murder, we would not be there today.

I have watched and observed the supposed to be the leader of OUR country showed no sort of compassion for the African American citizens of THIS COUNTRY.  We have fought and died in wars for a nation that was built on the backs of our ancestors, in the cotton and tobacco fields, all along the rail tracks across this nation, and in the very building where this so-called leader is currently residing.

This same “man” after he attempted to make a meaningful plea, he decided to use his and the WHITE HOUSE social media accounts, not to encourage and uplift, but he chooses to use the words from the Jim Crow era racists. (I won’t type those word here) Those words have fanned the flames of anger in this nation and around the world!

Instead of this “man” LISTENING, and meeting with people who had peaceful demonstrations, by taking a knee, he called them thugs, lowlifes, SOB’s, and called for them to be expelled from the country.

Instead of calling for peace from the Oval Office, he chose to grandstand in front of a church holding a book that I am not sure if ever used.  I can boldly say this because as a man of GOD, how do you call for the National Guard to disperse tear gas and rubber bullets upon peaceful demonstrators holding up signs in front of the White House. Then you are going to hold the Bible that so many of us genuinely hold dear that specify speaks about GOD’s love for ALL his children!

One of my pastors once said, “Let your audio match your video.”

Instead of using the last 3 1/2 years to bring this nation together, it was further divided by insensitivity to one race over another.  Before this man can say he loves African Americans, think about this; how many times has he used deceive efforts to keep black and brown people out of his buildings, places of employment, where we do more than serve you, your family, friends, and constituents.

We are tired is more than a hashtag! For over 200 years, we have been tired!

We were tired during the Jim Crow era

We were tired during the Civil Rights era

We were tried during Redlining

We are tired of dying

We are tired of fighting

We are tired of losing

We are tired of being misunderstood

We are tired of being tired!

Our ancestors were tired

Our grandparents were tired

Our mothers and fathers were tired

Our children are now tired

I am still tired!

I pray for GOD to truly change the heart of men and women and open the eyes of the blind.  Some of you are now WOKE. Congratulations! Now there is work to be done!

It’s time for a change!

This site uses Akismet to reduce spam. Learn how your comment data is processed.

Listen to your inner self..it has all the answers..

What Will It Be

True wealth is the wealth of the soul

Deep Believer
Passionate for His Purpose

Passionate Pursuit of the Desires and Intents of our Father

THE CHURCH OF CHRIST

Welcome to Inspirational Quotes by MJ

Launch Your Own Video Marketing Campaign

..draining the Wells of brilliance

If you want to be a hero well just follow me

Roses in the Rubble